The Academy’s Board of Trustees have overall responsibility for the Academy and includes representation from parents, staff and the local authority. The Chair of the Board of Trustees is the authorised representative of the Sponsor, Reed Foundation. Three Trustees are also Members and have additional responsibilities such as the power to appoint trustees and remove these trustees or amend the articles.

In appointing Trustees, the Board of Trustees look to ensure there is an appropriate mix of skills background and experience. See our Trustees' biographies below.

Board of trustees biographies 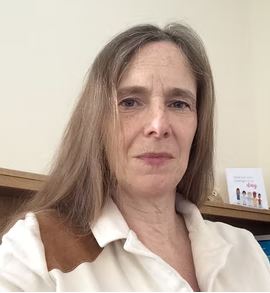 I am Chair of the Board of Trustees, and as such have an overview of the various sub-committees, with a particular interest in the Education & HR sub committees. I started off as Parent Governor; after my term expired I was appointed as a co-opted member.

I have a long-term interest in the Academy, with my two children both having attended Alec Reed, both the Primary and the Secondary Phase.

My twin passions are education and community involvement, and my role as Trustee at Alec Reed allows me to indulge both. I have a degree in Humanities and in Psychology, and am active on the local community sports scene, being heavily involved in both parkrun and junior parkrun locally.

I spent many years working in the BBC before leaving to work in the Extending Learning team in a school in Hillingdon. 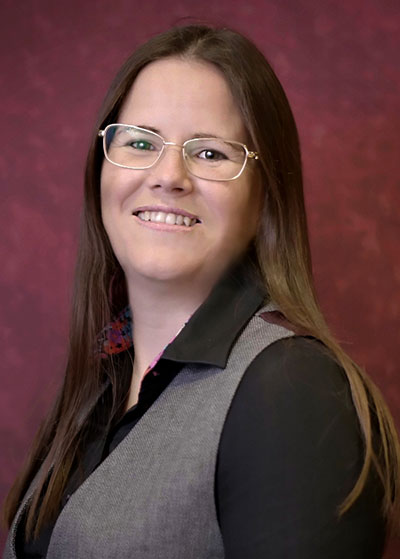 I first become associated with Alec Reed Academy in its infancy, formerly West London Academy. I had the opportunity to start my teaching career back there in 2006 as an NQT progressing to Curriculum Leader of Physical Education before leaving for progression to a school in Camden in 2013. I always think back very fondly on my time there, the opportunities created for staff and students, their character and the community feel.

In 2019 I came back to the local area in my capacity as Deputy Headteacher in a local Hillingdon school. Therefore I believe I have an upper hand and wider awareness on the struggles and barriers schools are currently facing and that I can play a vital role in supporting the Academy so that no disadvantage or barrier cannot be overcome through the education and enrichment available at ARA.

My 15+ years experience in 3 different schools gives me the opportunity to support ARA in its quest to prepare and shape every student’s life. I hope that my knowledge of education and the local community will enable me to make a positive contribution to ARA and its ability to make a difference to its pupils’ lives and future prospects, in whatever ways they are passionate.

I was really pleased to hear of the up and coming vacancy on the Board of Trustees and feel it is an honour to be assigned to the role of Chair of the Education Sub Committee. 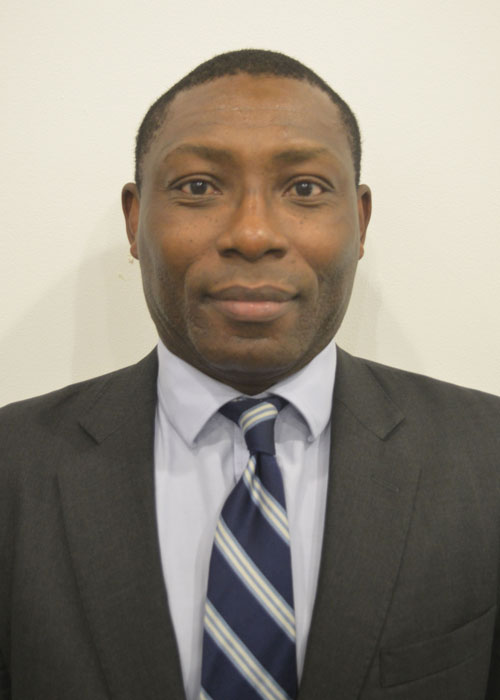 Baba Abu, Head of Sustainable Business Advisory, the Royal Bank of Scotland (RBS) is responsible for a team that assesses non-financial risks - including environmental, social and governance matters - to inform investment decisions.

Baba is a career banker with deep experience of arranging finance for companies operating within the global energy industry. He is a member of The Royal Institute of International Affairs and holds a BSc in Economics from Cardiff University, an MBA from the Cass Business School, London and a Postgraduate Certificate in Sustainable Business from the University of Cambridge. 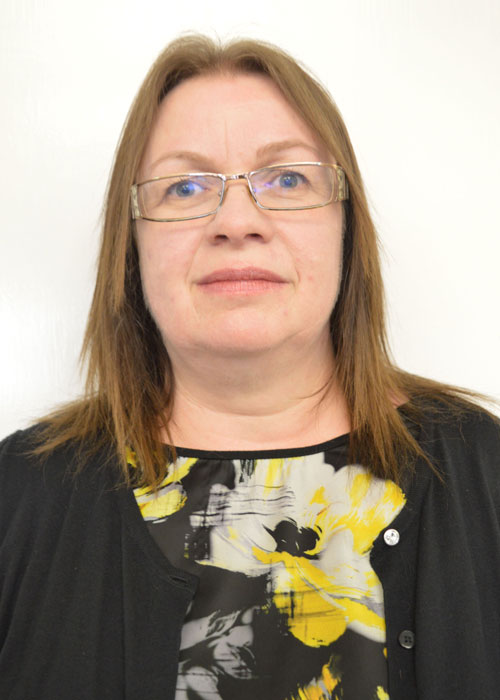 I became Parent Governor in February 2016 when my two children were in year 2 (aged 6) and in year 7 (aged 11) and as such I have a vested interest in the development of the school with both my children being firmly established within the Academy.

My day job is a Legal Personal Assistant at Sky UK Limited (Sky TV) where I have worked for the past 15 years. I believe my position brings the ability to forward plan and I have excellent organisational skills which will both be vital within this role.

I am a confident person who is not afraid to speak up and as such I feel I am well qualified to represent the parents, and would welcome hearing from any parent regarding school direction and management.

It is an honour to serve as a Parent Governor and I relish the opportunity to contribute in some small way. I strongly believe in the value and benefit that a good education can provide, and I believe that supporting our childrens’ education is both vital and a privilege. A good school can change a child’s life for the better and I really want to be instrumental in helping shape that for our children.

I have been a teacher at Alec Reed Academy since 2014. I am the Primary Maths Coordinator and Pupil Progress Leader for Lower KS2. I want to contribute towards shaping the future of our children’s lives and providing them with the best educational opportunities here at ARA. My key goal is to consistently raise standards within the school, ensuring that equal opportunities are provided and that we are inclusive to our pupils needs. Contributing towards the community is an important part of who I am and what I want to achieve.

My previous jobs have been working in the community with children of all ages in an evening school and secondary school in Southall. I studied Psychology and counselling theory at University. Previously,  have worked at a charity bereavement company called Cruise and have run workshops with Ealing for a scheme called Pyramid, which helps children with low self-esteem and confidence. These experiences as well as being a parent have instilled in me the desire to make a difference, even if it's small.

I completed a BA in History at the University of Toronto and then applied to do a PGCE to become a teacher at Exeter University. I had intended to complete that course and then return to Canada to teach. That was over 20 years ago and I am still here! I joined Alec Reed Academy in 2006 as Head of Humanities. I have been a subject leader for history, geography and religious studies and teach students from year 7-13. I previously taught in 2 schools in Oxfordshire as well as being an advisor for the LEA.

I am focussed on ensuring that all pupils have an education that affords them the best chance to achieve excellent academic results and make a positive contribution to their community.  I am passionate about working towards the academic success of students as well as advancing a culture of high aspirations for all at Alec Reed Academy. 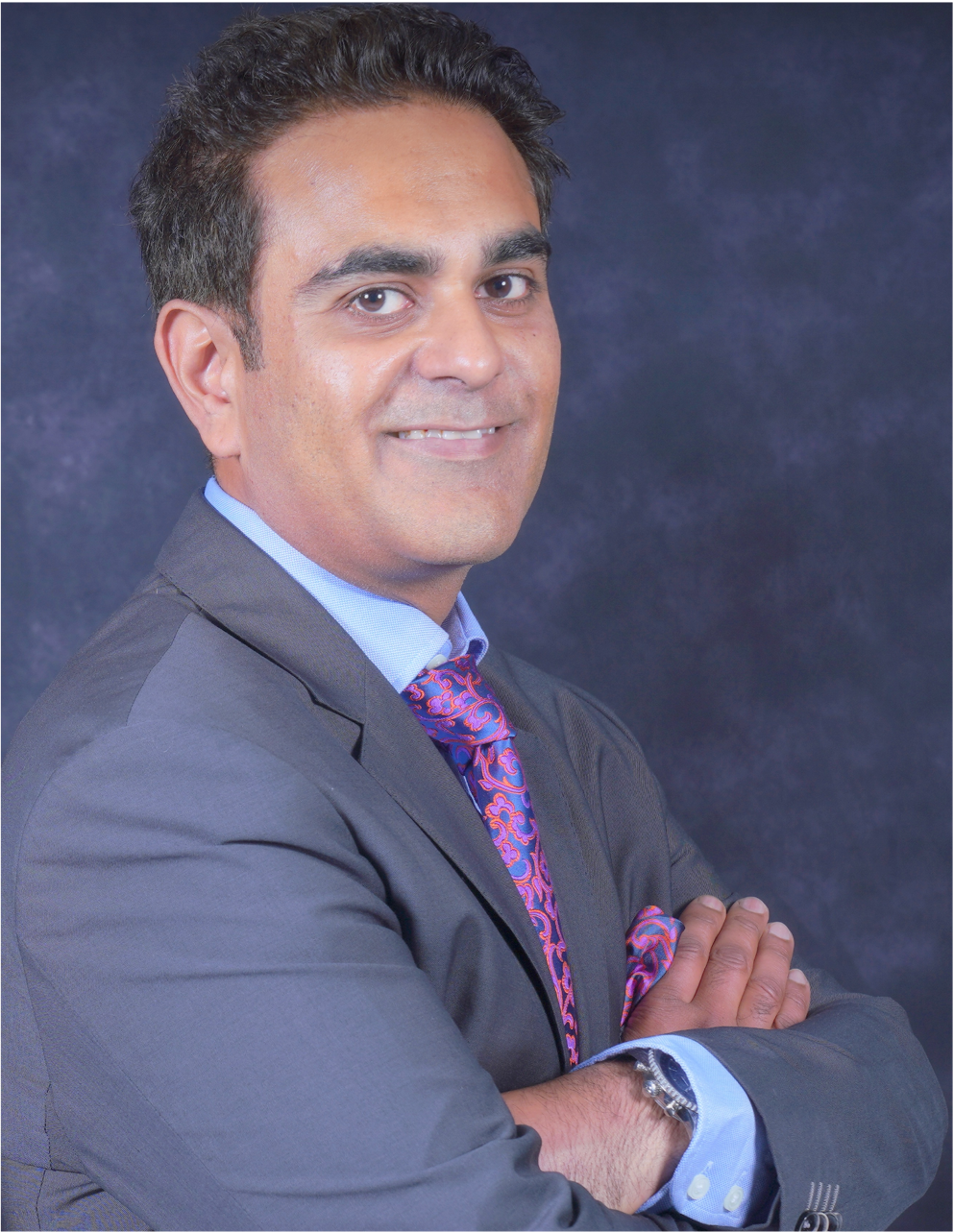 I have been associated with Alec Reed Academy as a parent since 2010, when my eldest child started in nursery and seen it evolve through the years. I became a parent governor/ trustee in December 2021 and both my children attend the Academy, currently studying in year 10 and year 8.

Successful education is a combination of the child’s willingness to learn, the support from a good school and its teachers. As a parent with a keen interest in the development of my children, I find this is an important role to represent the parents of the Academy to also help with the academic development of their children. I would be keen to hear thoughts and ideas from the parents on the school’s construct.

I am a co-founder of a Technology Consulting & Services company with experience in delivering strategic initiatives, transformation programmes, organisational governance, and leading successful global teams to bring true business value. I have experience within the fin-tech, financial services, aviation, travel, hospitality industries and through this role I’m keen to develop my understanding of the education sector. I am driven by the mantra of “continuous learning”.

All Trustees are required to disclose any relevant business and pecuniary interests including governance roles in other educational institutions and those of related parties, as these might possibly conflict with the Academy’s business and activities. All interests declared are disclosed in a register and published on our website.

Role of Board of Trustees

The Board normally meets four times a year to set the strategic direction and policies of the Academy and carry out key functions such as:

Whilst the Board cannot delegate overall responsibility for the Academy’s funds, it is able to delegate aspects and these are outlined in the Scheme of Delegation. The Scheme of Delegation sets out those powers and duties which are reserved for the Board and those delegated to its committees and to officers: the Chief Executive and Principal and Director of Finance and Resources.

In order to take a more detailed look at areas of its functions, the Board has formed committees to advise it on its decision making. The committees cover the following areas: Education, Finance & Resources, Audit, Human Resources and Discipline. The committees for each area meet between 2 and 5 times a year and their minutes are subsequently approved by the Board. All Trustees are members of the Discipline Committee. The terms of reference for each committee are included in the Scheme of Delegation.

membership of committees and attendance in 2020/21

Responsibility for systems of control

Trustees acknowledge their overall responsibility for ensuring that the Academy has an effective and appropriate system of control, financial and otherwise to ensure regularity, compliance and propriety of items. The Governing Body has delegated the day-to-day responsibility to the Principal, as Accounting Officer, for ensuring good financial management and meeting the requirements and responsibilities assigned to it in the Funding Agreement  between the Academy and the Secretary of State for Education, dated 17 June 2003, and as set out in the Academies Financial Handbook. The Accounting Officer is responsible for reporting to the Board of Trustees any material weaknesses or breakdowns in internal control.

Arrangements in place to ensure robust financial controls are described in the Governance Statement which is published in the Academy’s Financial Statements. The most recent version is for 2017/18. The other key governance document is the Academy’s Memorandum and Articles of Association. All these documents follow below.

Alec Reed, Founding Sponsor of Alec Reed Academy, was born in Hounslow, Middlesex, the son of a civil servant. He attended Drayton Manor Grammar School leaving to become a trainee accountant. In 1960, with £75 in his pocket, the 26-year-old opened his first employment agency in Hounslow.

He founded the company, REED, in 1960 and in the early 1960s, REED pioneered specialist recruitment services. It subsequently expanded to offer the provision of training, HR outsourcing and Welfare to Work services. The very popular online web site www.reed.co.uk was established in 1995. The company has continued to expand to include www.reedinpartnership.co.uk, www.reedlearning.com, and the highly successful Reed Business School www.reedbusinessschool.co.uk.

Today, REED has a global presence, in Europe, the Middle East and Asia Pacific. It has 425 business units in 180 locations worldwide, employs over 3,000 people delivering a service across more than 30 specialisms www.reedglobal.com.

Alec Reed is a committed philanthropist and has founded various charitable organisations including Womankind Worldwide, Ethiopiaid, Reed Restart at Holloway Prison, Women at Risk. As Founding Sponsor of the Academy which opened in 2003 under the name of West London Academy as one of the first twelve or ‘original’ Academies, he has remained committed to the area of London where he grew up. The Academy changed its name to Alec Reed Academy in September 2012 in honour of its Founding Sponsor.

In 1985, he established The Reed Foundation, a charitable foundation that has since provided the seed funding for a number of charities, including Womankind Worldwide, Women at Risk and Ethiopiaid. In 2007, he launched ‘The Big Give’, www.thebiggive.org.uk a project designed to encourage potential wealthy philanthropists looking to make donations between £100,000 and £10m. In The Big Give 2011 Christmas Challenge, over £12.5 million was raised for 420 charities. The site is now home to £1.3bn worth of projects in need of funding.

In the 2011 New Year Honours, Sir Alec Reed was awarded a knighthood for services to business and charity. 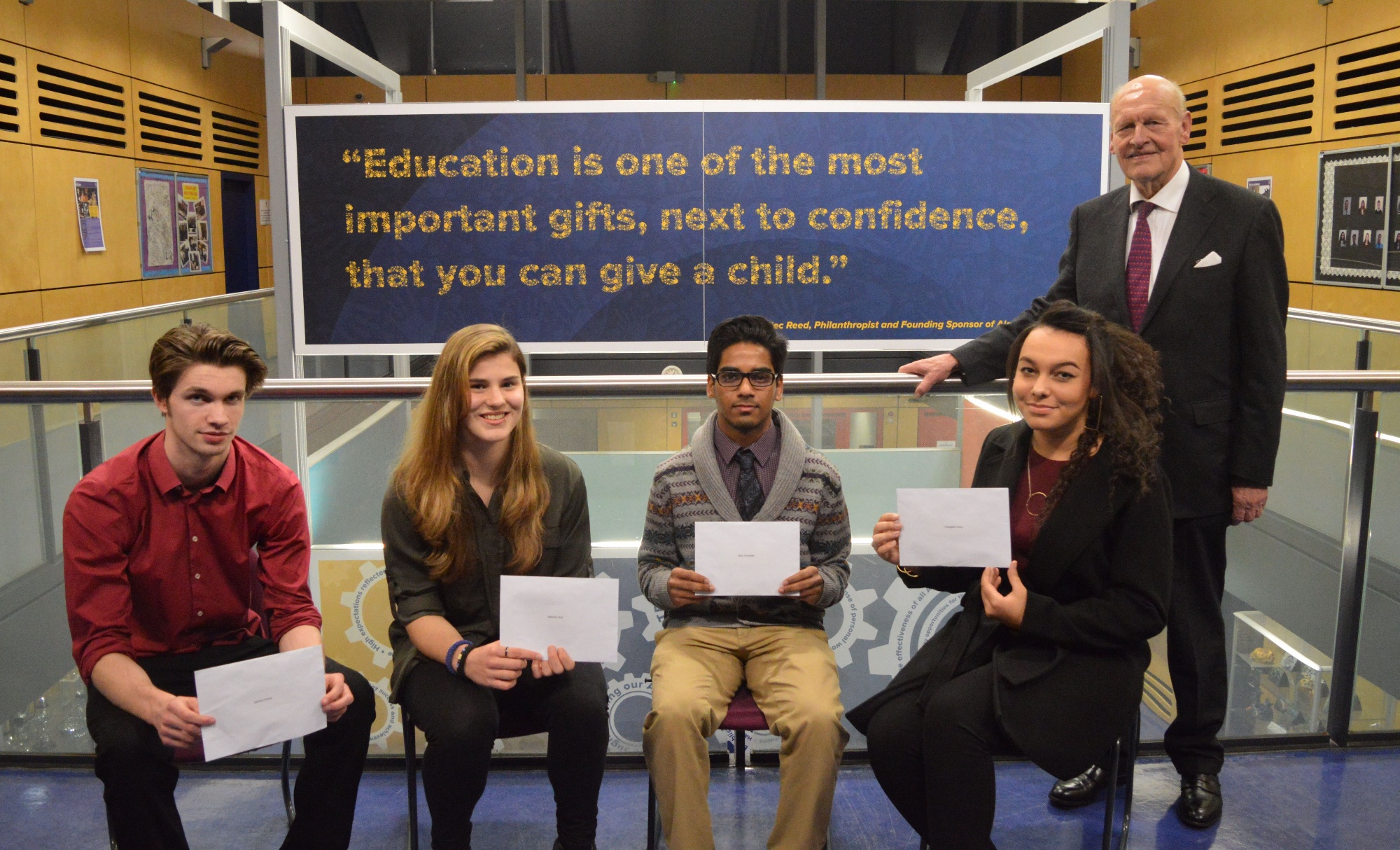